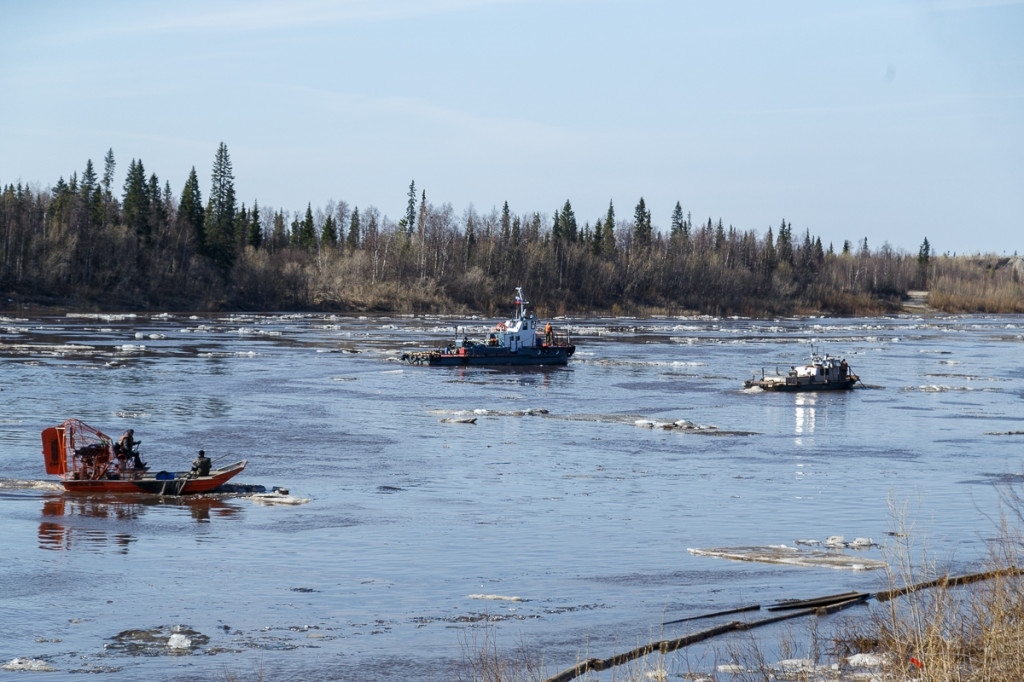 Published: 05/20/2021 Updated: 05/20/2021
An oil pipeline operated by Russian oil major Lukoil in the Komi Peninsula has created a spill that is four to five-times bigger than initially thought and headed through local rivers towards the Barents Sea on Russia’s north-eastern coast.

Another incident stressing the need for pipeline monitoring via aerial surveillance with the right sensor systems.

An oil spill in the Komi Peninsula is four to five-times bigger than initially thought, and may flood into the Barents Sea on Russia’s north-eastern coast if unchecked, environmentalists warned on May 17. Komi officials declared an emergency last week after oil spilled out of the Oshskoye field, operated by Russian oil major Lukoil. The oil spread into the soil and local waterways, but was thought to have been contained on land.

Initially Lukoil said 20 tonnes of oil product had spilled, but now it is reported that closer to 90-100 tonnes have leaked, nine tonnes of which have already got into the local Kolva river that empties into the Arctic region’s Barents Sea, officials in the town of Usinsk 1,500 km north-east of Moscow said as cited by the Moscow Times.

If the 100 tonnes figure is confirmed that would make the spill five times larger than last year’s spill by mining giant Norilsk Nickel, then dubbed the Exxon Valdez of Russia.

The energy-rich Komi region witnessed one of the worst oil spills in Russian history in August 1994, when its ageing pipeline network sprang a leak that was officially said to have totalled 79,000 tonnes, or 585,000 barrels. Independent estimates put the figure at up to 2mn barrels, reports Reuters.

Russia already suffered its worst post-Soviet environmental disaster last year after a power unit belonging to Norilsk Nickel spilled over 20,000 tonnes of oil into rivers in the Pyasino region flowing to the Kara Sea in June 2020, making it one of the worst ecological catastrophes in the history of the Arctic region. Comparable to the 37,000-tonne spill of the Exxon Valdez tanker, the spill was declared a federal emergency by the Kremlin and Norilsk was fined $2bn for the accident.

And also in June 2020, a once-in-a-1,000 year snow melt flooded the TGK1 power station near Murmansk, putting two of its hydropower units out of action after they went underwater because of “abnormal water inflow” due to melting snow at a nearby lake.

A few months later an unusual algae bloom off the coast of Kamchatka killed all sea life along several kilometres of coastline in October 2020, which was initially blamed on a chemical spill, but later ascribed to a change in the water temperature in the sea.

As bne IntelliNews has reported, Russia’s permafrost is melting and temperatures in the Far North are rising twice as fast as elsewhere on the planet. Russia’s changing climate is already starting to have severe consequences for the local environment. Some of Russia’s famously fertile arable land in the south of the country has begun to suffer from "desertisation", although this has not affected grain production yet, which was close to all-time highs in 2020.

The Lukoil spill is the first environmental disaster this year, but the polluted water has been swiftly carried downstream from the Kolva into the connecting Pechora and Usa rivers and is now advancing toward the Barents Sea, environmentalists say.

The local authorities said around 230 people were working to contain the spill, but environmentalist fear that the size of the spill is too big to prevent it flowing into the sea and causing yet another environmental catastrophe. The oil slick already in the water will take many days to clear up, Komi Environment Minister Alexei Kuznetsov told the state-run TASS news agency on May 17.

“The oil slick is definitely moving toward the Barents Sea,” Ivan Blokov, head of research and expertise at Greenpeace Russia, told The Moscow Times.

Blokov said that while it’s too early to say how much oil has spilled and how much will reach the Arctic Ocean, the spill will “bring significant harm to local birds and fish.”

Some 10,000 oil leaks and spills take place in Russia every year due to ageing infrastructure and accidents, Blokov said, adding that the vast majority of these leaks go unreported due to a lack of proper environmental monitoring.